What is a Growth Mindset, and How Can it Make My Team Better Every Day?

Growth mindset has been a leadership and company culture buzzword in the recent past. Digging into the term and the evidence-based research behind it is fascinating. There’s a billion articles written on the topic, but I’ve boiled it down for you into three simple points.

1. Growth mindset is a personally held belief that character traits, talents, and abilities are not simply things you are born with or not, but instead can be learned and developed over time with effort.

If you are not at all familiar with the terms, here’s a quick rundown. A fixed mindset is the belief that your character, your skills, what you’re able to do, is all just part of who you are, part of what you were born with. It’s someone sitting down with a musical instrument and thinking: I’ll never be able to play music; I can’t play it now, so I don’t see how I’ll be able to play it in the future.

A growth mindset on the other hand, is being able to sit down with an instrument and picture yourself reading music, knowing the chords, and taking the time and the effort to learn to play. Obviously people with growth mindsets understand that not everyone can be Mozart or Louis Armstrong, but they believe in their ability to put forth effort and learn something new, even if they never reach an “expert” level.

It doesn’t take much imagination to understand how cultivating growth mindsets for your team members can be useful for your company. In today’s world of technology, there will always be something new to learn, whether it’s a major software update or a new app. Team members who believe they can learn it, will almost always perform much better than those who think it’s too difficult.

2. Even though your growth or fixed mindset was probably developed when you were young, you can grow in having a growth mindset. Your mind is never “locked into” having only one of these belief systems.

The beautiful thing about growth mindset is no one has a mindset that is 100% committed to being fixed or a 100% commitment to growth. Instead, we all fall on a sliding scale and can always be learning how to push past our own boundaries and self doubt to enhance our growth mindset.

Perhaps you have a teammate who is easily persuaded to learn new software, but they don’t believe they can do any better in their customer service skills. This person most likely has had success learning new technology, but has maybe not experienced success or even constructive criticism when it comes to how they engage and interact with customers.

Engaging in a growth mindset can help challenge that person’s beliefs that they are not a “nice” person or not a “people person.” When your team members truly believe that they can not only develop their skills but also develop their character to become better people — that’s the magic sauce that can help bring a great team into being an excellent one.

3. “At the heart of what makes the “growth mindset” so winsome […] is that it creates a passion for learning rather than a hunger for approval.”

That’s quoted from Carol Dweck’s latest book, Mindset: The New Psychology for Success. Ultimately, to move your company forward, to continue its growth, your team needs to grow. Instead of your team constantly looking to its leaders for approval and pats on the back, they’ll have a self-driving motivation to learn more, to perform better, and ultimately, to improve themselves — which always in turn, improves your business.

Ultimately, you can not force any of your members towards a growth mindset. Some do get stuck in the mud of having a fixed mindset, and it plainly shows.

When obstacles arise, is your team disheartened, or do they view it as a welcome challenge?

As a leader, reflect on where your own beliefs may be self limiting and holding you (and your team) back.

We're not around right now. But you can send us an email and we'll get back to you, asap. 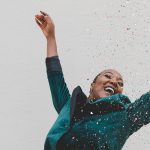 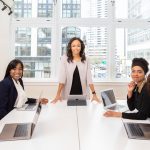 The Participative Approach to LeadershipLeadership